In this article the impact of soy oligosaccharides and the antigen beta-conglycinin on the productive performance and intestinal health of broiler chickens is reviewed.

Stachyose and raffinose, key constituents of the soy oligosaccharides, are not successfully digested in the monogastric intestinal tract due to the absence of endogenous α-1,6-galactosidase activity in the intestinal mucosa (Gitzelmann and Auricchio, 1965).

The poorly digested carbohydrates exert an osmotic effect in the duodenum and jejunum portion of the intestinal tract until they are fermented in the cecal tonsils (Marteau and Boutron-RUault, 2002). Higher osmotic pressure delineating from consumption of noxious quantities of soy oligosaccharides creates abnormally aqueous digesta that increases the feed passage rate in broilers (Coussement, 1999; David and Peter, 2001).. Jiang et al. (2006) demonstrated a negative effect of increasing dietary levels of stachyose on the performance of broiler chickens (Figures 4 and 5). 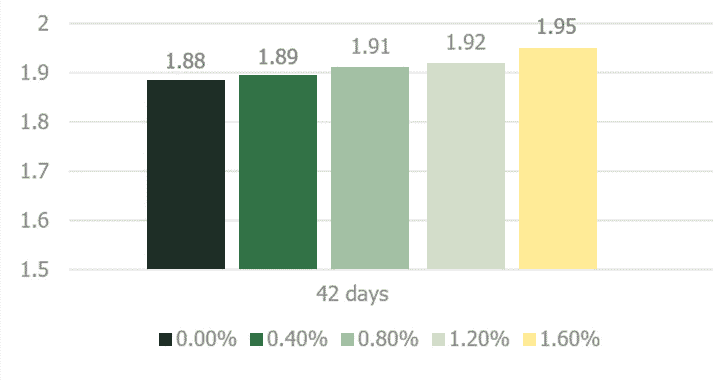 Jiang et al. (2006) utilized an enzymatically processed soybean meal low in soy oligosaccharides as their primary protein source as a design to effectively demonstrate the negative impacts of stachyose (figure 4 and 5). Stachyose content in practical diet formulations can exceed 6% of the soybean meal fraction as confirmed by Perryman et al. 2013 and García-Rebollar et al. (2016). In a common broiler starter diet that contain 30% SBM inclusion, stachyose content can reach 1.8% which exceeds the highest levels that elicited a negative response in Jiang et al. (2006). 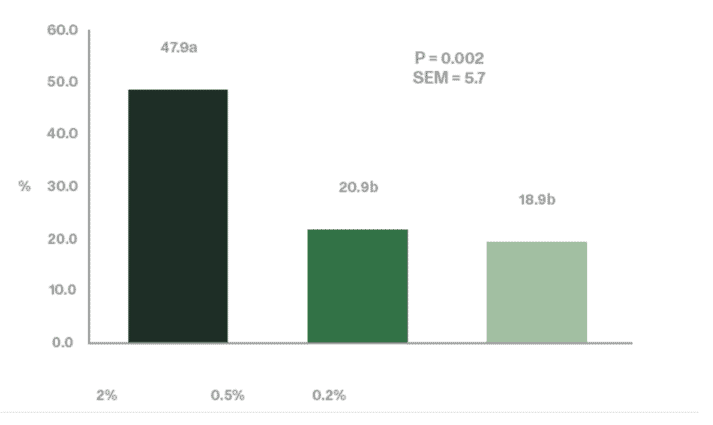 (Figure 6: dietary levels indicated in the figure have been estimated based on the content of oligosaccharides in the tested SBMs and the content of SBM in the different starter diets). © Perryman et al. (2013)

Beta-conglycinin is a storage glycoprotein that contains 65-80% of the protein content in Soybean meal (Murphy 2008). The carbohydrate moiety plays a large part in its immunogenicity (Amigo-Benevent et al. 2009). Beta-conglycinin is comprised of three subunits (α, α’ and β) all of which display immune-reactivity (Ogawa et al, 1995; Krishan et al. 2009; Zheng et al. 2014). Guo et al. (2008) indicated that the oral administration of beta-conglycinin α’-subunit possesses an intrinsic immuno-stimulatory capacity in rats and consumption of 5 mg/rat/day of this subunit induced an allergic response.

Beta-Conglycinin has been demonstrated to directly induce intestinal damage by inhibiting the growth of enterocytes and destroying the cytoskeleton, resulting in apoptosis (Escames et al, 2004). The effect of beta-conglycinin is dose-dependent as indicated by a linear decrease in the expression of tight-junction proteins in the gut epithelium as dietary beta-conglycinin levels increase (Zhao et al, 2014).

Several studies have corroborated that beta-conglycinin damages the integrity of the intestinal epithelium, induces inflammation, and oxidation in calves, piglets, lab animals and fish (Dreau et al., 1995; Lalles et al. 1996; Guo et al. 2008; Chen et al. 2011; Zhang et al. 2013; Peng et al. 2018). However, little attention has been given to the negative implications of soy beta-conglycinin in poultry. Nevertheless, as indicated by Kogut et al. (2018), the feed-induced sterile inflammations in poultry are purposeless energy draining responses. Thus, energy is diverted from development and growth of chickens. In young chickens, the gastrointestinal tract is immature, but develops physically, morphologically, and physiologically in the first weeks of age (De Jong et al, 2017). Reasonably, it can be deduced that any energy drain due to starter-feed-derived sterile inflammations in chickens will result in less energy available for gut development and therefore, the healthiness and competency of the intestine will be compromised for the rest of the bird's life.

Therefore, if poultry respond similar to beta-conglycinin as other species, elevated daily intake of beta-conglycinin may result in comparable immune responses that impact live performance metrics.

The content of soy ANF’s in broiler feed has been demonstrated to elicit a negative effect on the digestibility of the diet and the intestinal health of poultry, which both impact live performance. Frequent, effective monitoring of the ANF content in SBM and procedures to reduce levels of soy ANF’s through the minimization of conventional SBM inclusion serve as a pertinent strategies to minimize live performance losses.